Federal investigators find that 40% of sellers are hesitant to ship firearms and 15% of firearm ads are scams.

Late last year, the federal Government Accountability Office (GAO) published a report that was much-discussed in the firearms industyr. It was the results of an investigation into the frequency of illegal firearm transactions on the web. These results came as a surprise to some, and a confirmation to others. Of the 72 would-be-illegal transactions that the GAO attempted on the "surface web" (the ordinary internet), not a single one was successful. The GAO concluded "that private sellers GAO contacted on gun forums and other classified ads were unwilling to sell a firearm to an individual who appeared to be prohibited from possessing a firearm." The firearms industry celebrated this, but the discussion ended there. It shouldn't have - this report revealed at least two major problems with the online firearms market.

First, sellers worry about mailing firearms. In 29 cases, sellers "stated they would not ship a firearm". That was apparently a categorical statement, made before the GAO buyer disclosed a "prohibited purchaser" status (the GAO had five prohibited purchaser "scenarios", like a felony conviction or a dishonorable discharge from the military). In other words, 40% of sellers didn't feel safe mailing their firearm to a buyer, period, even if the buyer paid first.

Second, buyers worry about being scammed. In 11 cases, the GAO buyers "encountered private sellers that appeared to have scammed us, or attempted to scam us". That means 15% of the ads they selected were apparently scams - that's roughly 1 in 7. Quite a gamble, from the buyer's perspective.

It's not clear how the GAO buyers attempted to pay for these transactions. In at least 2 cases the buyers "remitted payment for a firearm we did not receive". (That means they didn't use GunTab - we protect against that sort of thing.) Maybe the buyers mailed checks or money orders - a dangerous mistake that real buyers make all the time. In at least one case, in a related investigation on the "dark web," a seller "refused to use an escrow account for payment" after the GAO buyer asked to. That means the buyer was playing it smart in this case, and the seller raised a big red flag that it was a fraudster.

Check out the official GAO report if you'd like to read more. 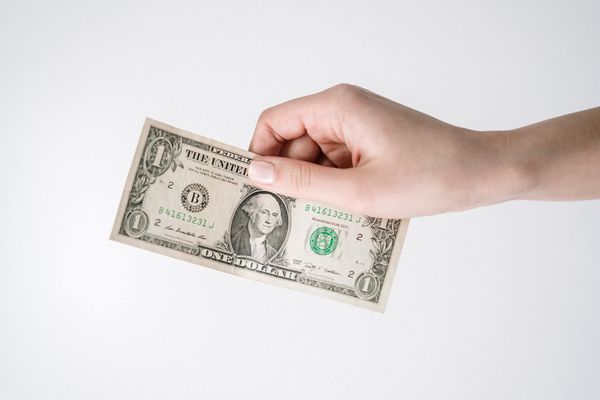 Tacswap suggests using PayPal, but that puts all your money at risk. The only safe way to pay on Tacswap is using GunTab.
Disclaimer: GunTab Insights is meant purely for educational discussion of the firearm industry and firearm regulation. It contains only general information about legal matters. It is not legal advice, and should not be treated as such. GunTab makes no represetntations or warranties in relation to the information on this website. If you have legal questions you should consult your attorney or an appropriate government office.