As of 2021, at least 10 of our 50 states (plus the District of Columbia) impose some sort of restrictions on "large-capacity" ammunition magazines. However, due to the hotly contested nature of gun laws, many states have seen magazine restrictions implemented, altered, or removed in recent years. Here we’ll cover the history and current state of magazine restrictions for the states of California, Colorado, Connecticut, Hawaii, Illinois, Maryland, Massachusetts, New Jersey, New York, Vermont, and Washington D.C.  Each jurisdiction is covered in detail below (in alphabetical order).

In most cases, magazine capacity is restricted to a 10-round maximum.  However, there are jurisdictions with a 7-round max, a 15-round max, and even an inch-based limit on shotgun magazine tubes.  Also, in most cases there are a variety of exceptions.  In some restricting states, smaller calibers like .22 are not subject to the restriction.  In other states, bolt-action mechanisms are not subject to the restriction.  That's why we've included a link to the actual law for each of the states with magazine restrictions – so you can do your own homework using the primary information source.

An interesting thing to note is that large-capacity magazines are also sometimes called "high-capacity" in public discourse, but that seems to be a colloquialism or a misnomer.  Across the United States, legislation always refers to them as "large-capacity" magazines.

Up until relatively recently, California law used to criminalize the importing, selling, and manufacturing of any magazine that holds more than 10 rounds, no matter the type of firearm or ammunition. That same law also dictated that residents of the state in possession of any high-capacity magazine which exceeded the rule had to dispose of the magazines, either by selling to licensed firearms dealers, surrendering to law enforcement, or destroying in some other way.  However, in 2020, the 9th U.S. Circuit Court of Appeals ruled this ban on large-capacity ammunition magazines was unconstitutional and violated the Second Amendment.

“[This law] substantially burdens the core right of self-defense guaranteed to the people under the Second Amendment,” wrote Judge Kenneth K. Lee in the majority opinion.

While this ruling still stands as of now, a federal appeals court recently took steps to revive the large-capacity magazine rule. As these changes in the law are still in motion, we’ll keep this article updated as the history progresses.

However, possession of large-capacity magazines is still allowed in Colorado if the individual owned the magazine on, or prior to July 1, 2013, and has maintained continuous possession of the magazine. If individual instances ever find their way to court, the burden of proof is on the prosecution to prove otherwise.

Large capacity magazines purchased prior to the passage of the law had to be registered by December 31, 2014.

"Large capacity magazine" means any firearm magazine, belt, drum, feed strip or similar device that has the capacity of, or can be readily restored or converted to accept, more than ten rounds of ammunition...

Summary: 10 round max on handgun magazines.

The manufacture, possession, sale, barter, trade, gift, transfer, or acquisition of detachable ammunition magazines with a capacity in excess of ten rounds which are designed for or capable of use with a pistol is prohibited.

Summary: The maximum depends on the city.

Illinois does not currently have any laws restricting large-capacity magazines. However, this does not apply to the entire state and there are many exceptions.

For example, it is still illegal to possess magazines exceeding 10 rounds in the city of Chicago. Shotguns in certain cities are not allowed to have a fixed magazine capacity in excess of five rounds. Semiautomatic pistols with detachable magazines also have certain restrictions and limitations. If you live in Illinois, be sure you are aware of and understand the laws in your specific city or town (or any you may be traveling to with firearms in tow) to remain compliant.

large-capacity magazine means any ammunition feeding device with the capacity to accept more than ten rounds ... It shall be unlawful for any person to manufacture, sell, offer or display for sale, give, lend, transfer ownership of, acquire, carry or possess any assault weapon or large capacity magazine in Cook County.

A person may not manufacture, sell, offer for sale, purchase, receive, or transfer a detachable magazine that has a capacity of more than 10 rounds of ammunition for a firearm.

Large-capacity magazine restrictions have been around for quite some time in Massachusetts. The sale, offering for sale, transfer, or possession of large capacity feeding devices are currently prohibited. Unless you lawfully possessed that device on or before September 13, 1994, you should not possess any such equipment.

“Large capacity feeding device”, (i) a fixed or detachable magazine, box, drum, feed strip or similar device capable of accepting, or that can be readily converted to accept, more than ten rounds of ammunition or more than five shotgun shells;

Unless the magazine is intended to be used for authorized military or law enforcement purposes, New Jersey prohibits the manufacture, transportation, shipment, sale, or disposal of any large capacity ammunition magazine. Under the 2018 New Jersey law, a high-capacity magazine is defined as a box, drum, tube, or other container which is capable of holding more than 10 rounds of ammunition to be fed continuously and directly into a semi-automatic firearm.

However, if you had a firearm with magazines capable of holding between 11 and 15 rounds, you could have registered those firearms with the state by July 13, 2019, to retain possession.

"Large capacity ammunition magazine" means a box, drum, tube or other container which is capable of holding more than 15 rounds of ammunition to be fed continuously and directly therefrom into a semi-automatic firearm.

New York has another relatively long-standing ban on "large-capacity" magazines.

However, New York makes some exceptions to this rule:

Vermont's high-capacity magazine ban was signed into law in 2018.  The Vermont Supreme Court ruled this magazine ban is lawful in February of 2021.

No person in the District shall possess, sell, or transfer any large capacity ammunition feeding device regardless of whether the device is attached to a firearm. For the purposes of this subsection, the term “large capacity ammunition feeding device” means a magazine, belt, drum, feed strip, or similar device that has a capacity of, or that can be readily restored or converted to accept, more than 10 rounds of ammunition.

Want to buy or sell magazines? Use GunTab.

Regardless of the laws in your state, if you are buying or selling magazines online, you need GunTab. GunTab is the only safe way to complete your online magazine transactions, use GunTab for protection, convenience, and guidance. For more information, or to open your own account, visit us online today!

Disclaimer: This post is provided without any guarantees and does not represent legal advice. Use at your own risk. 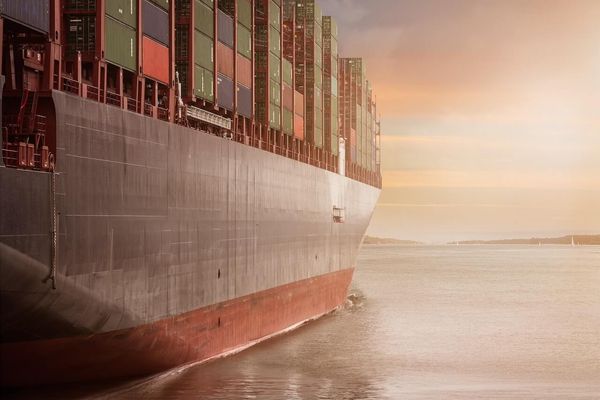 The United States has the largest civilian firearms market in the world – a market that appreciates products from abroad. People have made fortunes selling foreign-made guns, parts, and ammo to American consumers. However, most people aren't familiar with the process for safely importing the merchandise into the United States. Let's

There is only one safe way to pay for guns & parts online. That's especially true when you're buying high-dollar items. Don't risk your entire payment – just use GunTab. What items are "high-dollar"? Guns and parts can be considered high-dollar if they cost more than $5,000. And there are plenty

Do you run a marketplace or retail website where gun-related items are sold? Then GunTab has big news for you. We're now offering 10% revenue sharing to Integrated Partners. And it's easy to get started. What is an Integrated Partner? An Integrated Partner is a company that satisfies the simple
Disclaimer: GunTab Insights is meant purely for educational discussion of the firearm industry and firearm regulation. It contains only general information about legal matters. It is not legal advice, and should not be treated as such. GunTab makes no represetntations or warranties in relation to the information on this website. If you have legal questions you should consult your attorney or an appropriate government office.