Most of the big social media platforms prohibit communication regarding buying or selling firearms. Facebook wants you to think it's different, and it is to some extent.

As part of our work at GunTab, we closely monitor the changing firearm policies of major players on the internet. For example, we maintain a list of online payment platforms that prohibit firearm transactions. Spoiler alert, the summary is this: all major payment platforms prohibit firearm transactions. While anti-gun policies such as these aren’t as universal on social media, they’re not far behind.

In our most recent survey of the firearm policies of the largest social media platforms, we found that almost all mainstream platforms forbid what we call “commercial firearm posts” – anything intended to facilitate buying or selling a firearm. Instagram, Pinterest, Reddit, and YouTube alike all prohibit commercial firearm content entirely. Despite these strict policies, there are still some ways to use social media to communicate about both guns – both informational and commercial posts. We explore a few of the most noteworthy options below.

Facebook theoretically allows commercial firearm content from federally licensed firearm dealers (FFLs) but prohibits sales content between private individuals. While that is a more reasonable approach, it still prohibits commercial firearm posts that could be perfectly legal, even if they result in a real transaction. However, let’s take a closer look at the actual phrasing of Facebook’s firearm policies.

Advertising, sale, and trade of firearms, ammunition, and explosives between private individuals isn’t allowed of Facebook or Facebook Marketplace. This includes everything from the newest rifles and antique guns to paintball markers and even non-functioning firearm replicas. While regulations regarding these firearms vary depending upon where in the United States you are located, Facebook’s guidelines remain consistent across the globe, independent of local law.

Are There Exceptions to These Rules for Licensed Gun Sellers?

Not everything related to gun sale and usage is banned from the Facebook ecosystem. Legally registered firearm shops and online retailers are allowed to engage in commercial activity involving firearms and ammunition, as long as they carefully follow all applicable laws and regulations.

Furthermore, posts about firearms in general are allowed on Facebook. This includes the discussion of sales in stores or by online retailers, posts advocating for changes to firearm regulation, or anything else that follows Facebook’s Community Standards and Terms. If you are going to attempt to toe the Facebook line, we recommend reviewing relevant terms and standards carefully to ensure you can adhere to them.

In general, Twitter is even more relaxed, allowing tweeting to buy and sell firearms, but prohibiting paid advertisements about firearms.

So, while social media is not as restrictive of firearms as payment platforms, many of the key social media players still ban most of the commercial firearm content. However, not all hope is lost, and there are still places on social media that do allow the safe and legal commercialization of firearms.

One platform that has taken a strong position of tolerance is the microblogging platform, Tumblr. The site’s homepage reads, “Put anything you want here,” giving you the freedom to cover topics of almost any kind. Tumblr does prohibit content that involves trying to hurt people (think “hate speech,” “self-harm,” and terrorism).  However, as of the writing of this article, it does not explicitly prohibit commercial firearm content. Flickr and Snapchat take a similar stance. Hopefully, these remaining platforms continue supporting freedom of commerce and thought well into the future.

If you’d like to be extra certain of what the latest online gun sale regulations are by platform, keep an eye on our frequently updated list of social media platform firearm policies. As updates occur, we will continue to maintain this informational guide for you to use as reference.

Buying or Selling a Gun Online? Use GunTab

If you’re looking for a platform to safely and simply make gun payments, GunTab should be your first choice. Offering safety and security for both sides of a sale, GunTab holds payments until the transaction is successful, offering the ultimate protection against fraud and theft of information.

From finding a local gun dealer to automatically monitoring your shipment’s progress, GunTab guides buyers and sellers alike through every step of your transaction. There truly is no easier way to handle your online gun transactions.

If you’re ready to open an account, or want additional information and assistance, don’t hesitate to get in touch with our team today!

Can Americans sell guns or ammo online in the United States? In this article we tell you everything you need to know about online firearm and ammunition sales. 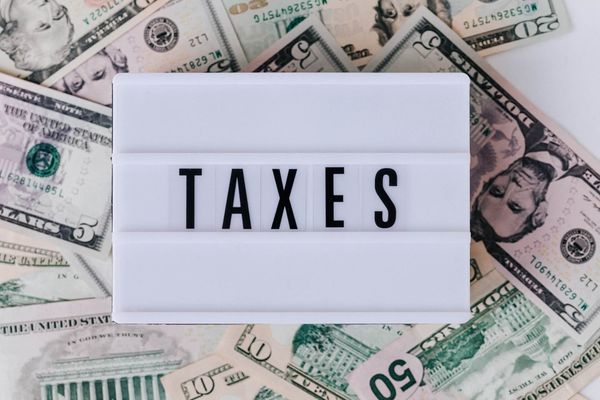 GunTab now automatically collects sales tax for GunBroker transactions in most US states, so sellers have the funds when GunBroker sends the bill.

Disclaimer: GunTab Insights is meant purely for educational discussion of the firearm industry and firearm regulation. It contains only general information about legal matters. It is not legal advice, and should not be treated as such. GunTab makes no represetntations or warranties in relation to the information on this website. If you have legal questions you should consult your attorney or an appropriate government office.